Unexploded Ordnance (UXO) is a hybrid rocket developed by Waterloo Rocketry for entry in the 10000 ft apogee with a SRAD (Student Researched and Designed) hybrid/liquid propulsion system category at the 2018 Intercollegiate Rocket Engineering Competition. The UXO launch vehicle is powered by the Kismet engine, a nitrous oxide/hydroxyl-terminated polybutadiene SRAD hybrid engine, and achieved a successful launch at the 2018 IREC.

The team developed a deployable payload system this year. This was done in order to evaluate the performance of this type of mechanism, which would promote future iteration and development of scientific payloads. An instrument package was integrated in the payload, and housed various sensors which recorded and logged data in order to achieve this goal.

UXO uses two COTS (Commercial Off-the-Shelf) altimeters for recovery deployment. Two different altimeters, a PerfectFlite StratoLoggerCF and a Featherweight Raven3, were selected in order to decrease the risk of common mode failures and increase the reliability of the system. Each altimeter is capable of independently triggering each ejector and each cutter.

A tangent ogive nosecone with a 4:1 fineness ratio was selected as it minimized simulated drag during the design stage. The body of the nose cone was manufactured as a single fiberglass composite piece which required the creation of a 2-part mold CNC-machined from medium-density fiberboard.

The UXO oxidizer tank is made of 6061-T6 aluminium alloy. The tank has a minimum factor of safety of 2.4 in bearing failure of the tank, and has been successfully hydrostatically tested to a factor of safety (FOS) of 1.5 times the maximum expected operating pressure of 1000 psi. There are two student designed electrically actuated ball valves on the rocket, which are used during the filling and venting of the oxidizer tank, as well as allowing the flow of oxidizer after the primary ignition sequence is initiated.

This component houses the rocket's solid fuel and it is also made of 6061-T6 aluminium. The combustion chamber is insulated with a 1/8" thick G10 fiberglass tube and sealed with flame-resistant caulking on the top and bottom ends. It has a FOS of 2.6 and has been hydrostatically tested to 2.1 times the maximum expected operating pressure of 500 psi. The fuel used in Kismet is a mixture of 90% HTPB and 10% powdered aluminium by mass, and has a pseudo-finocyl grain geometry achieved through investment casting. The nozzle is machined out of graphite and is a linear approximation of a Bell nozzle.

UXO uses a fin can assembly of three trapezoidal fins welded to 6" OD, 13" long, 1/4" thick cylindrical 6061-T6 stock. 6061-T6 was chosen as the material for the fin can components for its good weldability and strength.

A complete report of this project, including descriptions of onboard and ground support systems, engineering drawings of all rocket components, and a complete set of assembly and launch procedures for UXO can be downloaded here. 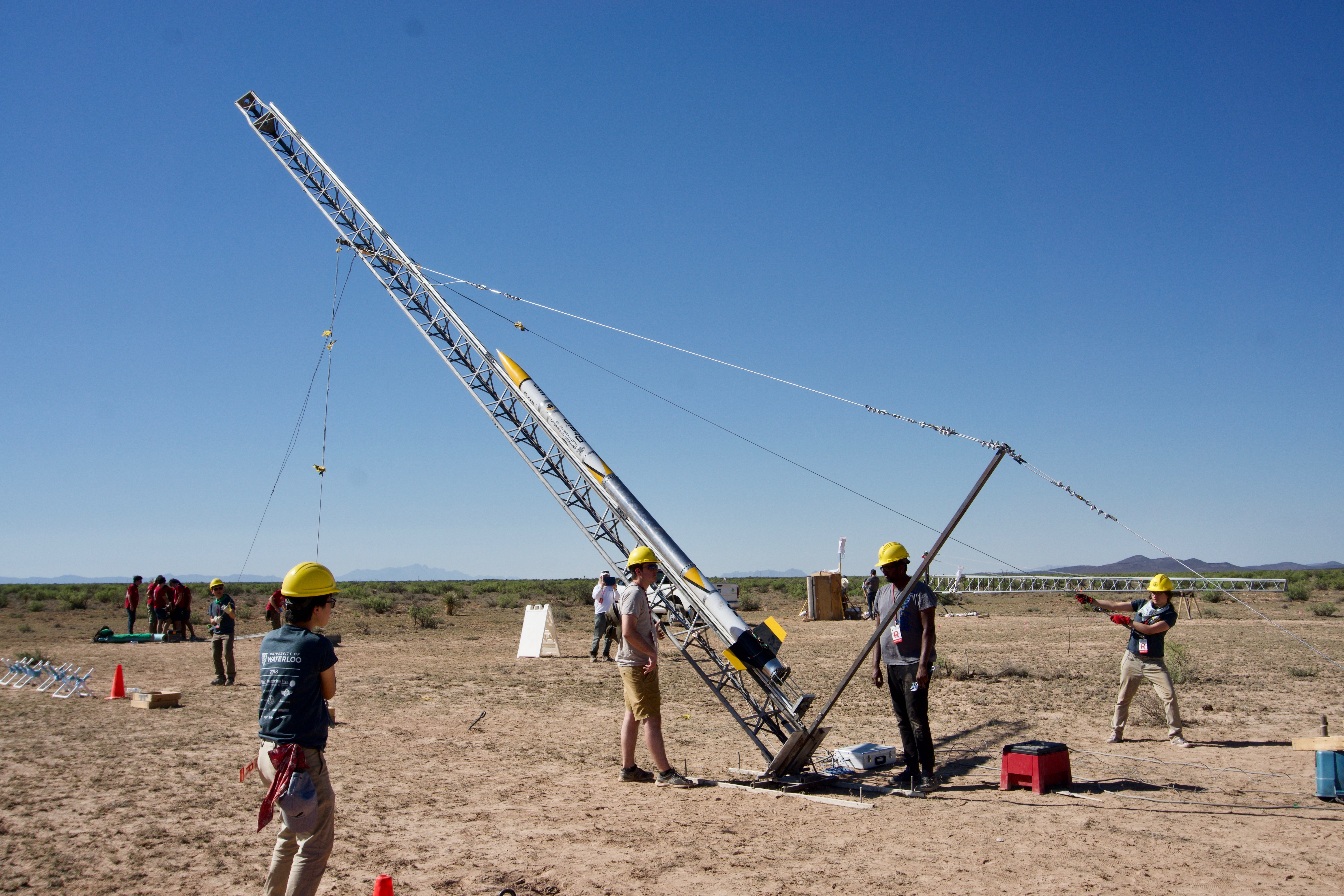 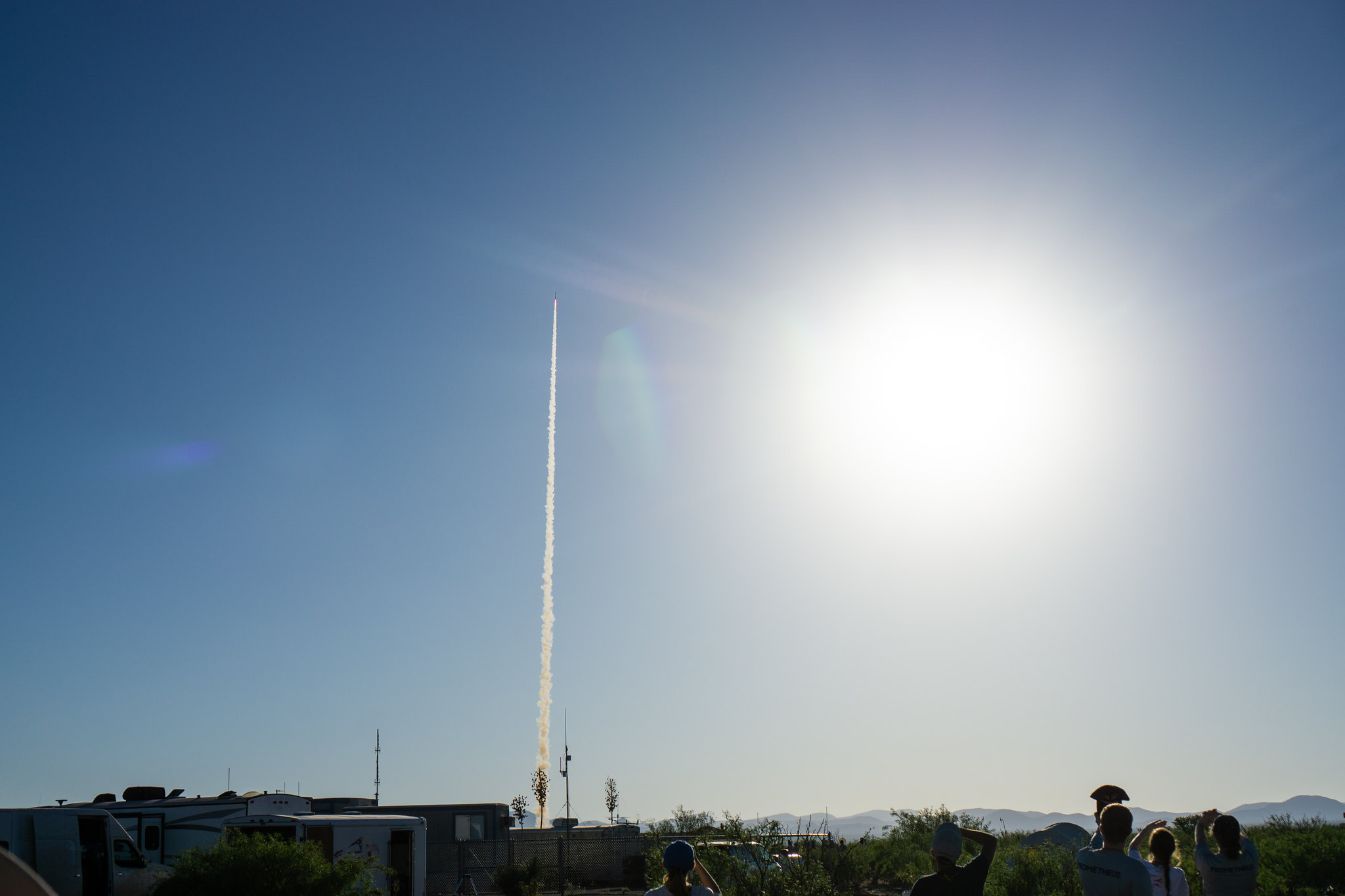 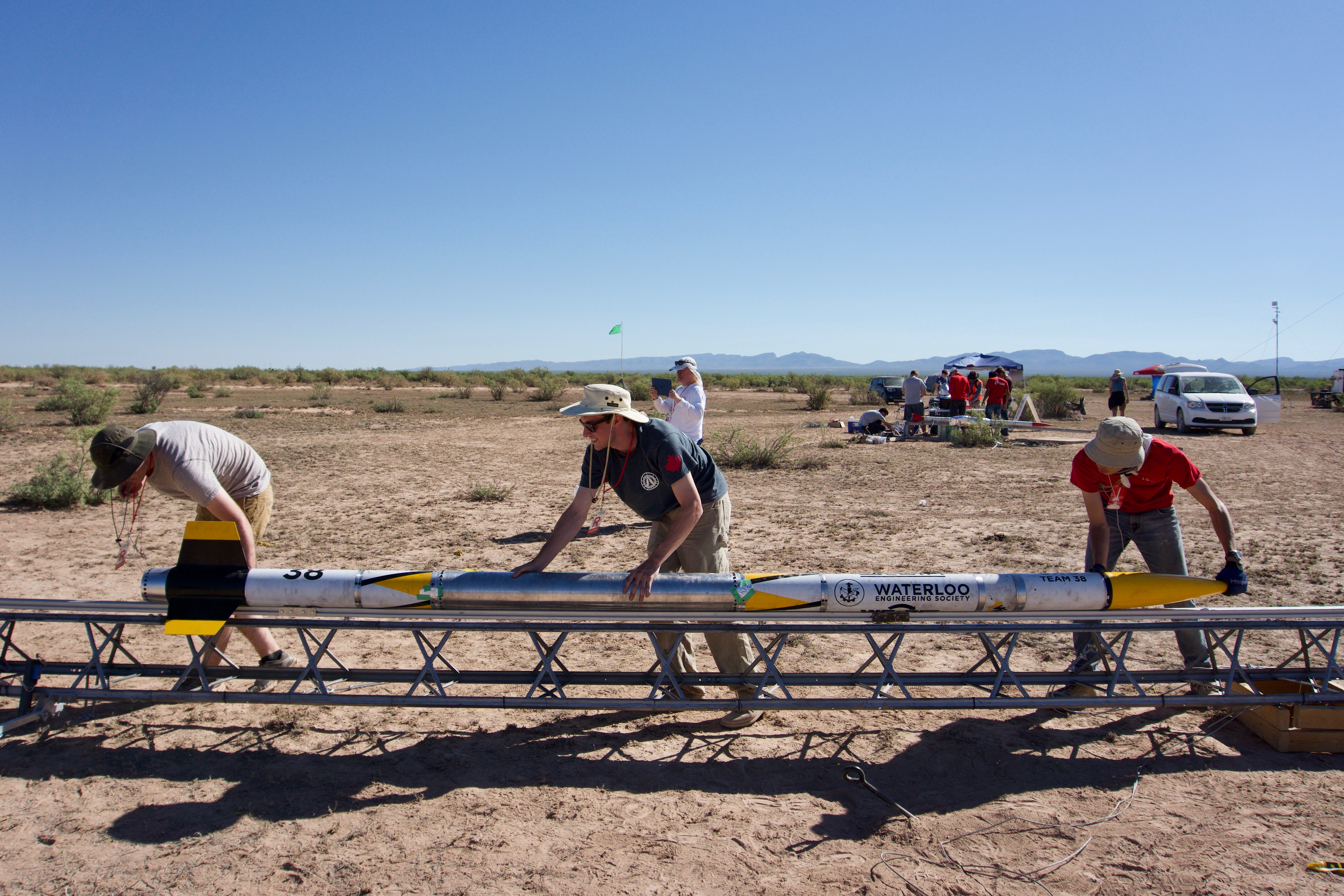